Here at the Schenkkade, opposite the former Liduinakerk, the Dutch soccer team once trained. The wooden stadium of Soccer Association V.U.C had artificial lighting, the first in Europe!

The Schenkkade, opposite the houses, was around 1945 a green area with a football field. Now it's full with offices.

The grounds opposite the church were used by the V.U.C. football club from 1930. It was one of the first football fields in the world to have artificial lighting. The evening matches and the Dutch team training sessions drew great crowds to the field. V.U.C. moved to their current location in Mariahoeve in 1968. Offices were then erected on the vacant site.

The large church to the left of the row of houses - which are still there - is the Roman Catholic St. Liduina Church. This was opened in 1926 to look after the increasing number of Catholics in the expanding neighbourhood of Bezuidenhout and Voorburg-Noord. Both the church and the school in the Amalia van Solmsstraat were named after Saint Liduina van Schiedam (1380-1433). The vicarage was situated to the left of the church.

The church was badly damaged by the bombing, but not destroyed. They made makeshift repairs to the roof, which was the most badly damaged, using wood from the church floor. The building was restored after the liberation, but the tower that was destroyed in the bombing never returned. The end for the church came in 1977 when the building was demolished to make way for an office block with a church hall at the bottom. 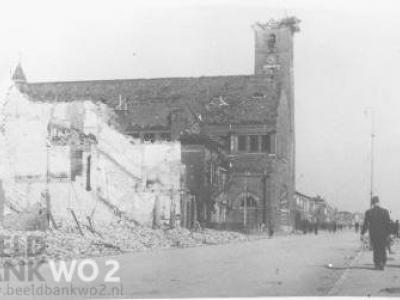 'The Liduina Church was seriously damaged and could no longer be used. The people left behind in the neighbourhood wanted a replacement church to attend. This was found by the parishioners of the Liduina Church in the form of the gym centre of the Roman Catholic girl's school in the Amalia van Solmsstraat. Sometimes in the weekend they would hold five or six services there.'
Mr P. Verreck, 15 years old at the time of the bombing.
Before the bombardment

History
One of the football clubs of The Hague
During the war the soccer teams of HSV V.U.C. and HBS Craeyenhout played together on these green fields. 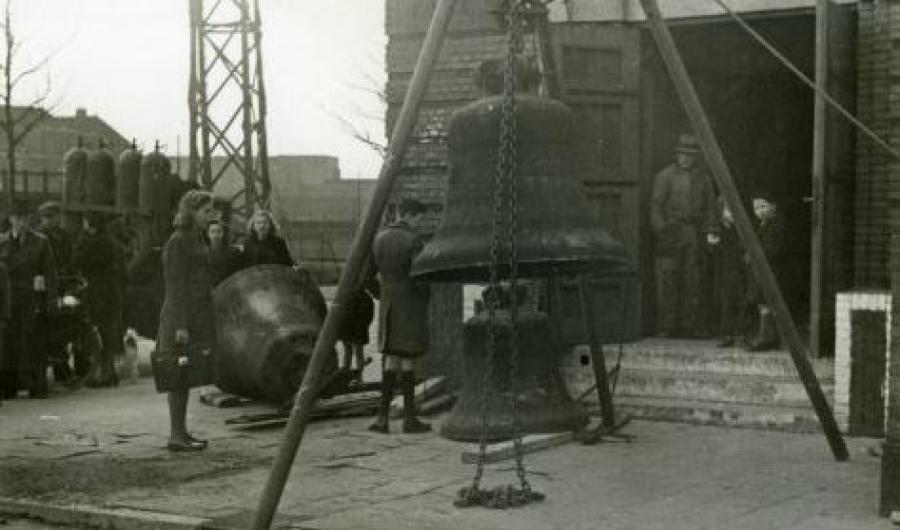 History
Liduina Church without bells
During the war the German army collected the bells of churches for the production of ammunition.
After the bombardment 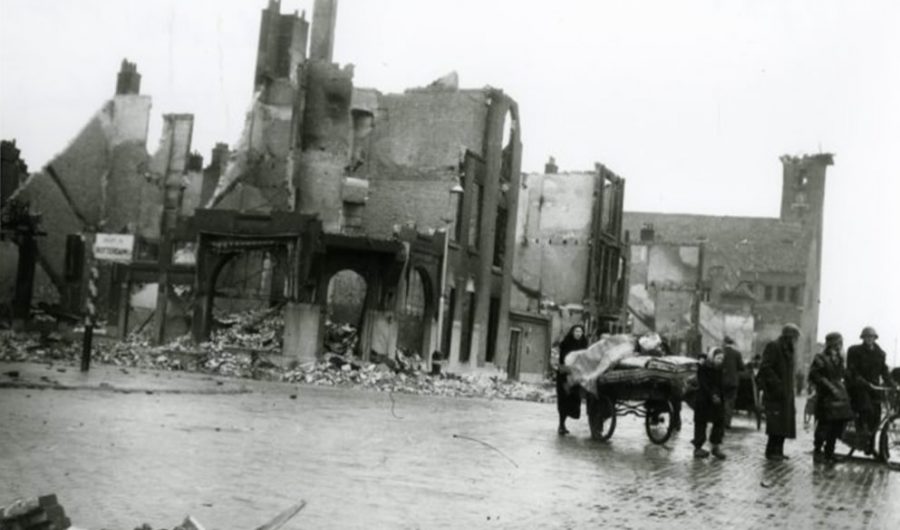 Local people
Return after bombing
People returned to collect what was left. 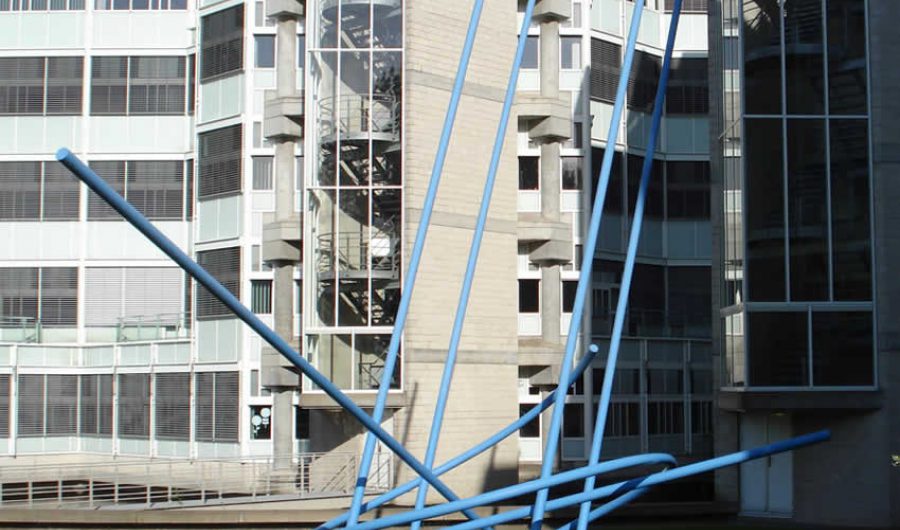 Memorial
The memorial of 3 Mach 1945
This memorial symbols the lines of bombing at 3 March 1945.
« Back to the full route
More information
Share
The Historical Route
Stichting 3 maart '45
3maart45@bezuidenhout.nl
Want to contribute?